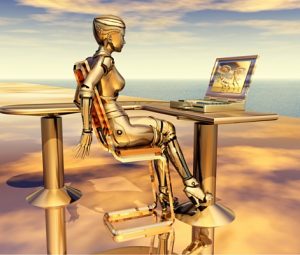 Internet of Things Part 1- What is IoT?

IoT, simply put, is a system of machines connected to the Internet that can communicate and gather the status of “things” and in some cases actually control and manage these “things” based on programmed parameters without human interaction.

Pretty straight forward for the most part.

Being that the “Things” are everything, and the machines can be small enough to be implanted into a human and also can be designed to withstand the harshest of environments, as long as the internet is accessible and it can be via satellite, the applications that IoT can be used for are unlimited.

In part 2 we will take a look at how businesses will use and probably already are using IoT for a host of applications from HR to IT.

Oh, and by the way, as far as IoT goes, you are a “Thing”, and the phone you may be reading this on is one of those machines…